Meeting the Critical Need for Affordable Housing in Council Bluffs

Council Bluffs has a significant need for both affordable and market rate housing. According to the “Comprehensive Housing Market Analysis: Omaha-Council Bluffs” completed in 2017 by the US Department of Housing and Urban Development (HUD), nearly 15,000 units will be needed metro-wide in the next three years to meet the demand for the market. With only an average of 2,000 units constructed each year, the need for housing continues to be a high demand. In recent years, the average valuation of new homes constructed in Council Bluffs has been close to $276,000—well out of the range of affordable housing.

This program will focus on two key areas in the south end neighborhood to construct a mix of affordable and market rate housing:

In April 2021, Community Development submitted an application for Community Project Funding from the House Appropriations Committee through Congresswoman Cindy Axne. An overview of the application was presented to City Council on April 12, 2021: 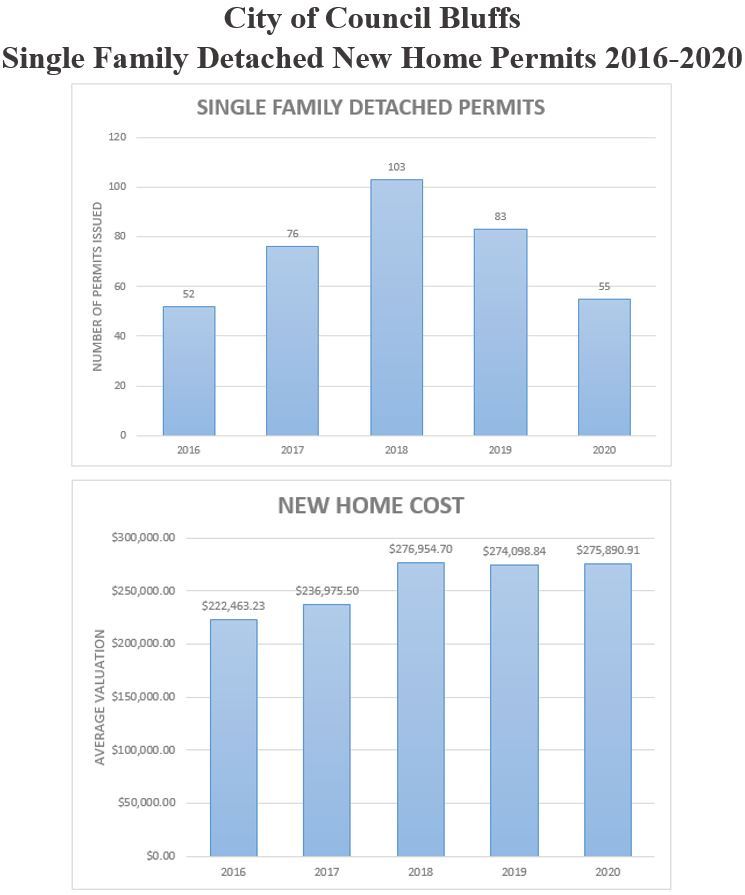