Tune in to "On FIRST" to hear what’s happening along 1st Avenue in Council Bluffs, Iowa. City of Council Bluffs Communications Officer, Ashley Kruse and Chief of Staff, Brandon Garrett explore the transformative project and share everything from the specific details to the big picture vision.

Season 1 begins with the history of 1st Avenue (a former rail line). Throughout the episodes, we zoom in on the project, talk with experts, hear from stakeholders, and divulge plans for trails, transit, and redevelopment.

Tune in to each episode to find out who’s “On FIRST” with Ashley and Brandon.

Listen to On FIRST on Apple Podcasts

Listen to On FIRST on Google Podcasts 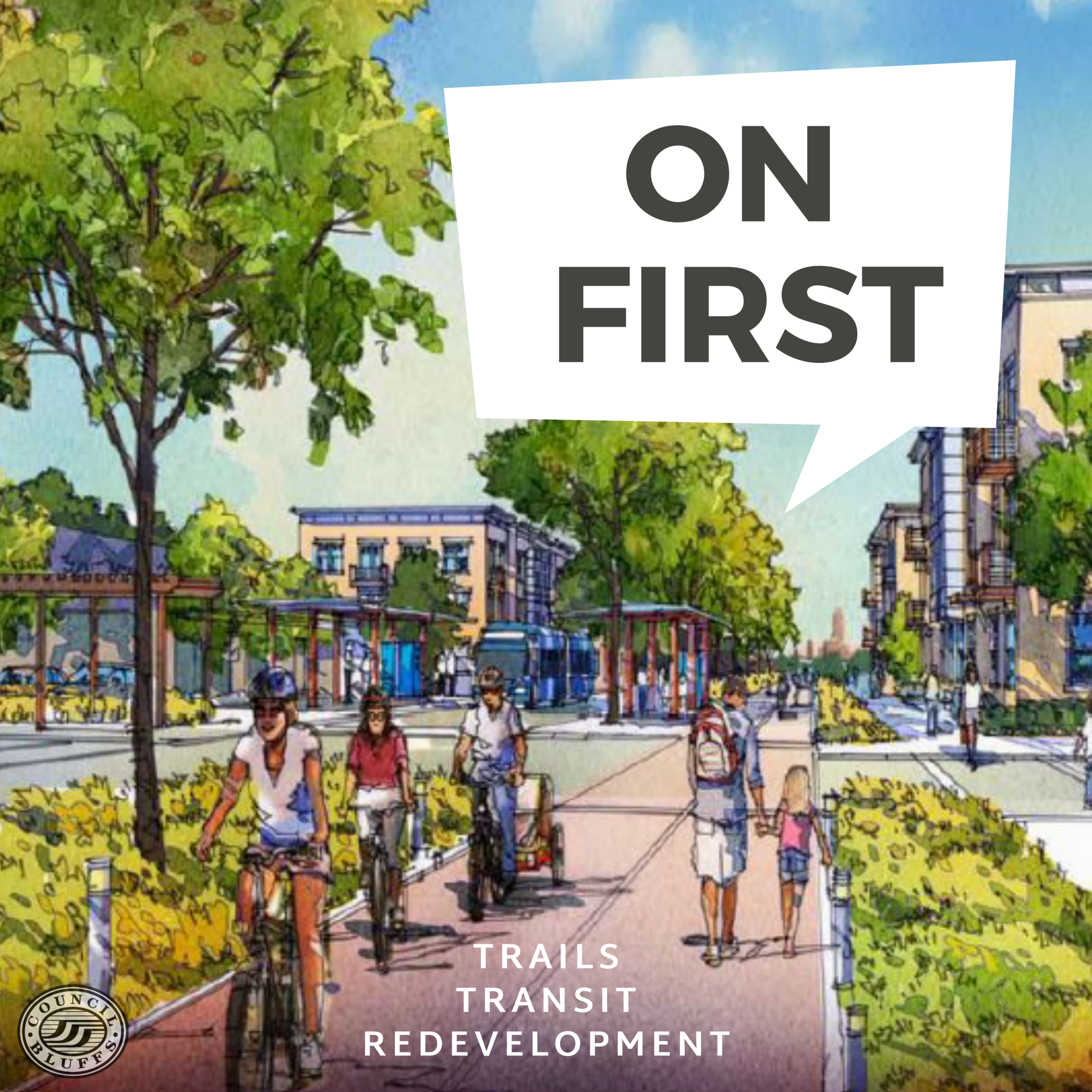