The multi-modal corridor enhances the operation of West Broadway, makes an essential link in the trail system, creates a transit link to Downtown Omaha, and provides the opportunity for redevelopment of obsolete industrial properties.

The FIRST AVE trail presents a unique user experience. Conducive to walking, biking, and micro-mobility options, trail amenities include lighting, landscaping, public spaces, and trail plazas, making the corridor a linear park, not just a trail. Trail plazas are fashioned with an industrial pallet inspired by the former rail line featuring shaded seating, open green spaces, and bicycle parking. The corridor was designed with the trail offset to the south, preserving a corridor for future transit.

First Ave concepts also contain future redevelopment introducing a variety of innovative and diverse opportunities for housing options, commercial prospects, and transit. It’s more than a trail. FIRST AVE is an acronym for the City’s comprehensive approach to redeveloping this corridor: Furthering Interconnections, Revitalization, Streetscapes, Transportation, and Aesthetics for a Vibrant Economy.

Our vision is a connected Omaha-Council Bluffs metro with transit that seamlessly provides residents access between their homes, jobs, education, healthcare, and entertainment. 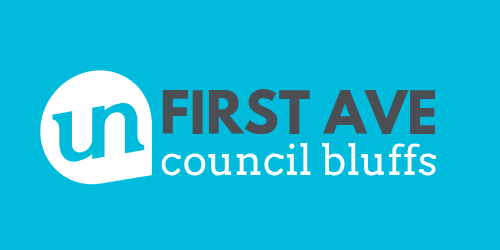 UNMC's “NExT” initiative will bring 8,500+ new jobs to our metro. Mutual of Omaha is building a new headquarters in Downtown Omaha, less than one mile from the City's Dodge Park Golf Course. Offutt Air Force Base is undergoing runway replacement that ensures continued operation, a major stabilizing element to the local economy. Unemployment is currently hovering around 2.5%. How will the metro attract and retain talent for a growing workforce?

The Omaha-Council Bluffs metro is already over one million people. The metro is experiencing a housing shortage that could stunt our growth. Projections indicate our metro could grow by 500,000 people over the next thirty years. In a region without beaches or mountains, how do we retain and recruit the best and brightest? Where will these newcomers locate? Where will our young people rent their first apartments or buy their first homes?

Council Bluffs is situated within the floodplain of the Missouri River and the Loess Hills. As scenic as these environments are, the river and the hills are obstacles to urban expansion. Strengthening the tax base of Council Bluffs will have to happen within existing areas. FIRST AVE presents a unique opportunity to grow Council Bluffs and keep us on the path of fiscal sustainability.

The Greater Omaha Chamber unveiled an “Urban Core” master plan in January 2022 with plans for a modern streetcar with a multi-modal bridge into Council Bluffs. In February 2022, Omaha Mayor Jean Stothert announced their pursuit of the streetcar, which will go from UNMC to the Old Market.

Situated directly across the Missouri River from the metro’s number one employment center of Downtown Omaha, the Dodge Park Golf Course is 130 acres of City-owned land on the developable dry side of the levee. The Greater Omaha Chamber’s Urban Core master plan identified this as the premier location for the development of a new mixed-use and high-density residential neighborhood. This is the single largest contiguous land holding in the vicinity of Downtown Omaha.

The proposed multi-modal bridge over the Missouri River will connect the Omaha streetcar to Council Bluffs and allow for critical bike and pedestrian connections between the communities. The streetcar will ignite the potential for redevelopment of the 130-acre City-owned Dodge Park Golf Course. The land is across the river from Downtown Omaha. A streetcar connection will deliver a much-needed workforce to Downtown Omaha and UNMC.

Before any official design work, the preliminary estimated cost is $100 million for a bridge and $75 million for the streetcar in Council Bluffs. This is an enormous fiscal challenge for a small city of 63,000 like Council Bluffs, but as a part of a metro that is growing to 1.5 million people over the next 30 years, we need to start laying the heavy infrastructure to support the growth in jobs (up to 6,200 just in Council Bluffs), housing for our workforce (up to 33,000 units in the corridor and Dodge Park), and a boost in our property tax base of up to $5.5 billion. FIRST AVE is the way forward for our city and builds a more resilient future for our metro.

Tune in to our FIRST AVE Podcast to hear what’s happening along 1st Avenue in Council Bluffs, Iowa. City of Council Bluffs Communications Officer Ashley Kruse and Community Development Director Brandon Garrett explore the transformative project and share everything from the specific details to the big picture vision for the future. 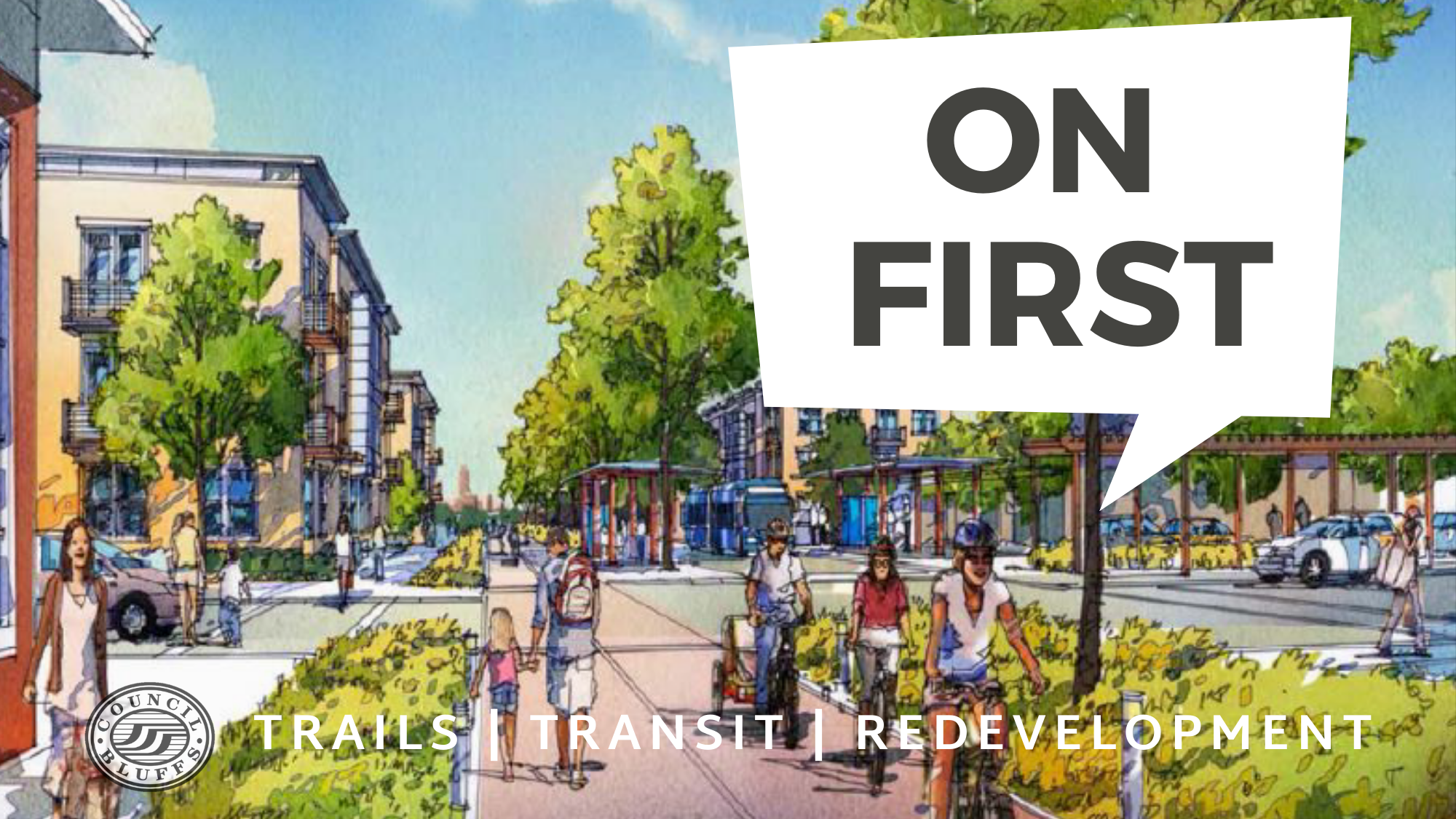 Check out our FIRST AVE Interactive Map that presents the layers of analysis developed for the First Ave Transit Alternatives Analysis project. Additional layers will be added as they become available.