The monument is a Civil War Memorial, dedicated in 1902. It was built to honor Colonel William Kinsman, commanding officer of the 23rd Iowa Volunteer Infantry regiment and veterans of the Civil War. Four Civil War cannons surround the monument.

A resident of Council Bluffs, Colonel William H. Kinsman, a one-time lieutenant in the 4th Iowa under Grenville M. Dodge, was commander of the 23rd Iowa at Big Black River Bridge and was mortally wounded leading a charge of men that day. Kinsman and 18 others from his regiment were interred on the battlefield.

General Dodge, aided by numerous contributions from veterans of the 4th and 23rd Iowa Infantry regiments, had Kinsman’s remains brought back to Council Bluffs and laid to rest. 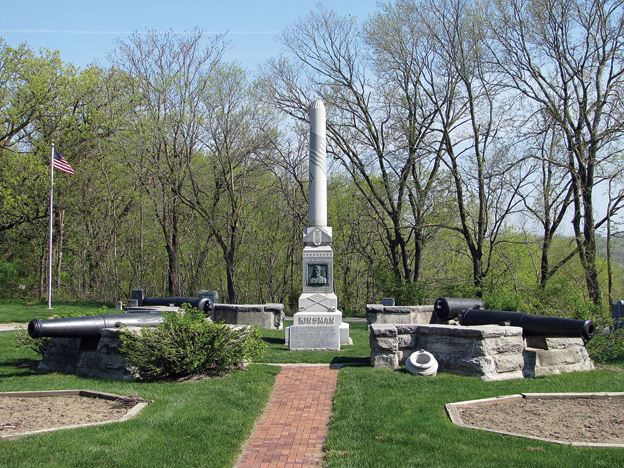