Bayliss Park is the city’s oldest park, made possible by a donation of land from businessman Col. Samuel Bayliss in 1853. Council Bluffs’ first park commissioner, Andrew Graham, worked aggressively to improve and expand the city’s park system, and part of that effort included turning Bayliss Park into a beautiful city square. In 1887, prominent businessman W.A. Maurer suggested to Graham that a fountain might make a good centerpiece. Graham liked the idea and soon after, Maurer was in New York and found an ornamental cast-iron fountain. The fountain was installed in 1890.

The fountain operated for over 70 years. By the 1960s, though, the once ornate source of pride was in disrepair. The fountain was restored with the help of Abe Katelman and the services of the Katelman Foundry. Once restored, the fountain was placed adjacent to the Dodge House in 1973.

In 2000, the fountain was moved to its current location between Pearl and Main Streets at West Broadway where it continues to operate today, more than 125 years after its arrival in town. The fountain is located south of the First Responders Memorial Plaza 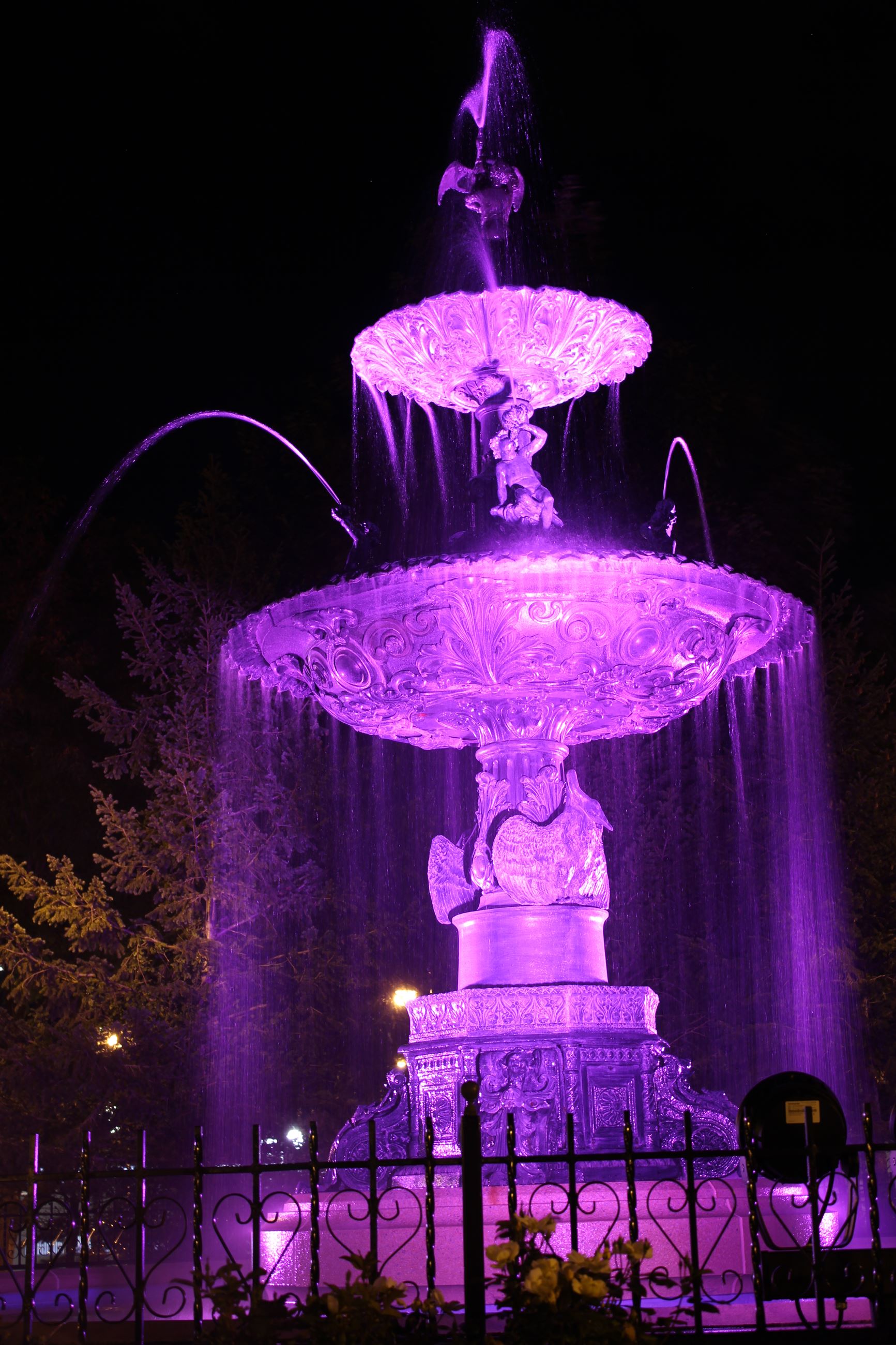