Unlike Anywhere Else. On Purpose.

In 2015, Mayor Walsh formed a committee to begin the process of creating a campaign like “We don’t coast” that the people of Council Bluffs could call their own. Representatives from the Convention and Visitors Bureau, Chamber of Commerce, Council Bluffs Community Schools, The 712 Initiative, Iowa Western Community College, and several other community organizations came together to make it happen.

The process began with “Let’s talk about CB” an online survey that took place in the spring of 2015 and reached over 2500 residents. After the survey results were analyzed, the committee hosted community workshops to learn a little more about what residents wanted. Through this process, it became apparent that the residents of Council Bluffs wanted to bring people together, celebrate diversity, embrace the quirk factor, celebrate the history, share successes, and create active street life.

In the fall of 2015 creative concepts were presented to focus groups, and they unanimously selected “Unlike anywhere else. On purpose.” Check out the awesome video that says it all: https://vimeo.com/163598325

Sometimes to discover who you really are, you first have to discover who you’re not. Council Bluffs is unlike anywhere else. On purpose. So today, we’d like you to join us in publicly embracing our un-ness. Unashamed of who we are and who we want to be. Undaunted by the challenges of the future. Unstoried no more. It’s time to make the unknown, known. Time to uncover the people, the places, the history, and the happenings that make us proud.

This new motto replaced the decades-old, “Iowa’s leading edge." The new logo features an "UN" in Council Bluffs that is highlighted with a map pin. Drawing out this UN gives residents and businesses an opportunity to have a little fun with the UN. This UN pin has become widely noticeable and will continue to pop up around town.

Since unveiling the campaign, we've created an online community events calendar, a blog for locals, hosted 100 block parties, sponsored the 100th Block Party on the 100 Block, unveiled several UN sculptures, installed information kiosks at River's Edge Park and Bayliss Park, and decorated the town with banners, t-shirts, and swag. Most recently we launched a set of videos. All of this can be found at www.unleashcb.com/locals.

While developing the UN Campaign it became apparent Council Bluffs residents wanted more opportunities to celebrate and connect with their neighbors, and so evolved 100 Block Parties. The team behind the UN Campaign created a challenge for the people of Council Bluffs to host 100 Block Parties in one year. Mayor Walsh kicked off this one-year project in September of 2016. The community crushed the goal of 100 block parties well before a year was over! Over 115 parties were hosted with nearly 7,000 people in attendance! 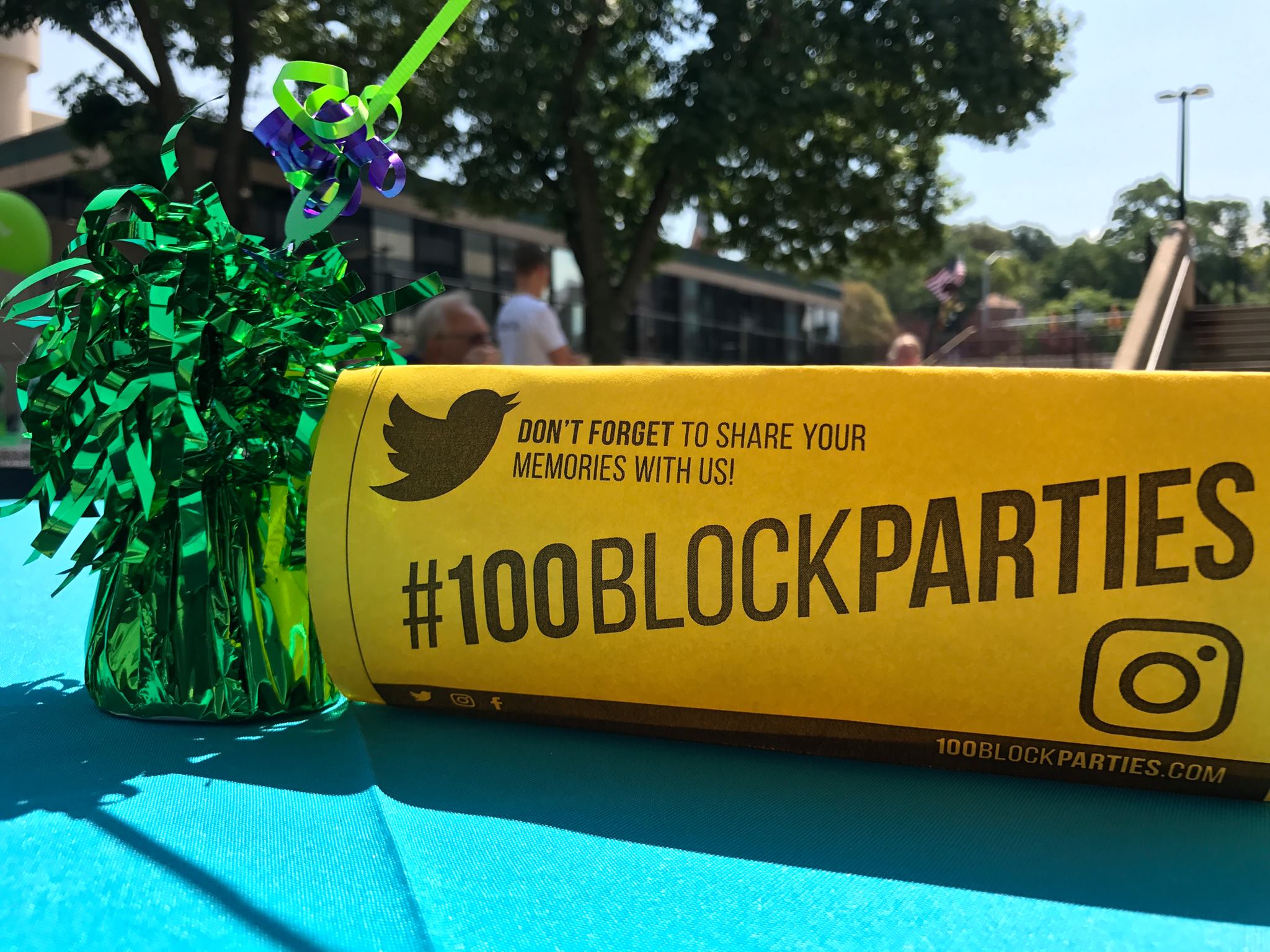 Two UN sculptures were unveiled during LoessFest 2017. These five foot UN "map pins" have been popping up all around town as they like to follow the crowd. They've been to LoessFest, the Farmer's Market, Hydrant Parties, several playgrounds, Lewis and Clark, and more. The UN pins are selfie-ready and make for great photo ops. Photos can be shared using #unleashcb. 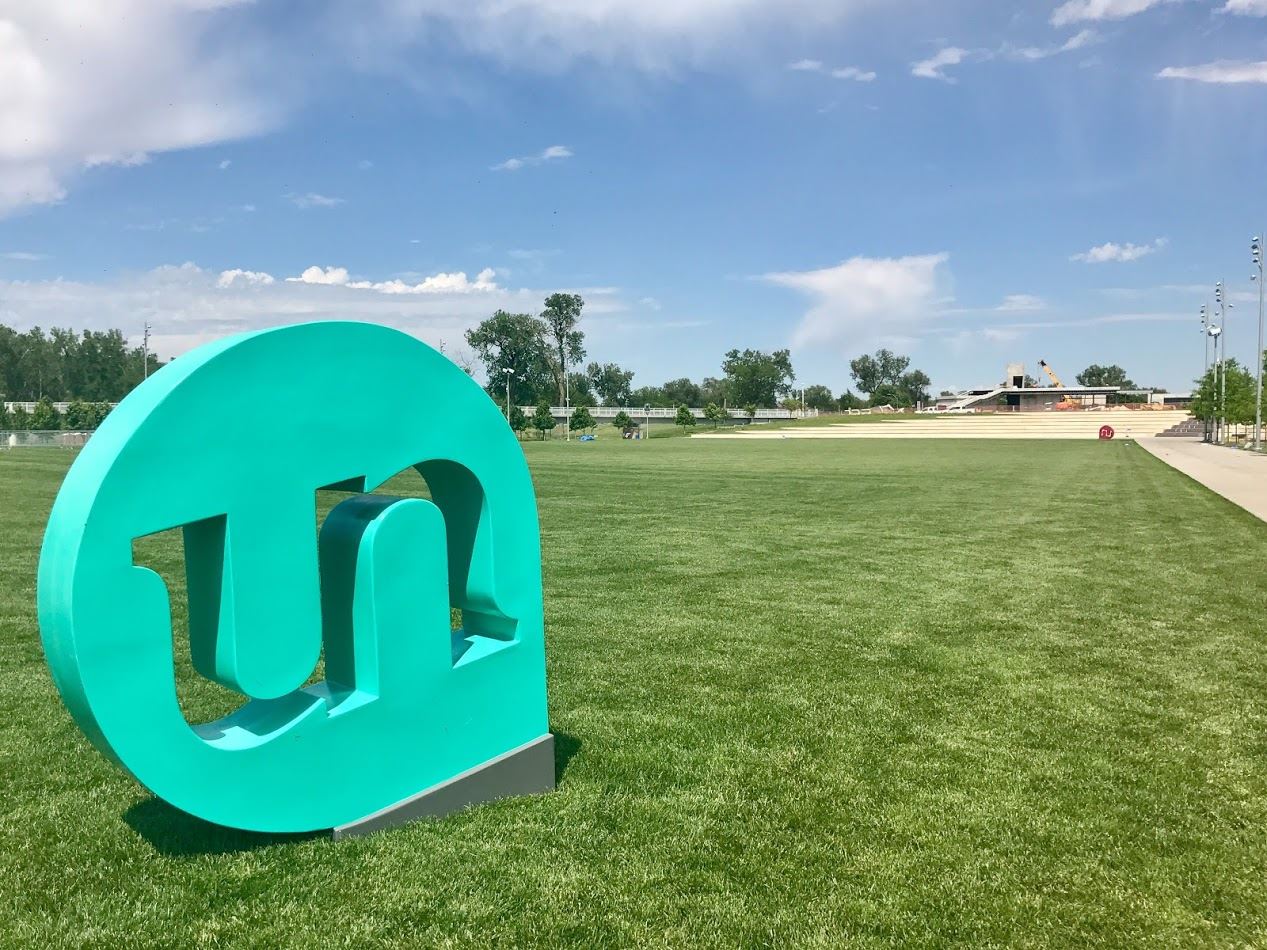 On Saturday, September 2, 2017, Council Bluffs celebrated the 100th Block Parties project with the 100th Block party on the 100 Block. This community-wide block party shut down the streets on the 100 Block and filled the space with neighbors from all over Council Bluffs. We celebrated together with all of the typical block party feels: live music, hot food, cold drinks, a dunk tank, carnival games, balloons, beach balls, and people of all ages. It was truly a night for the books. 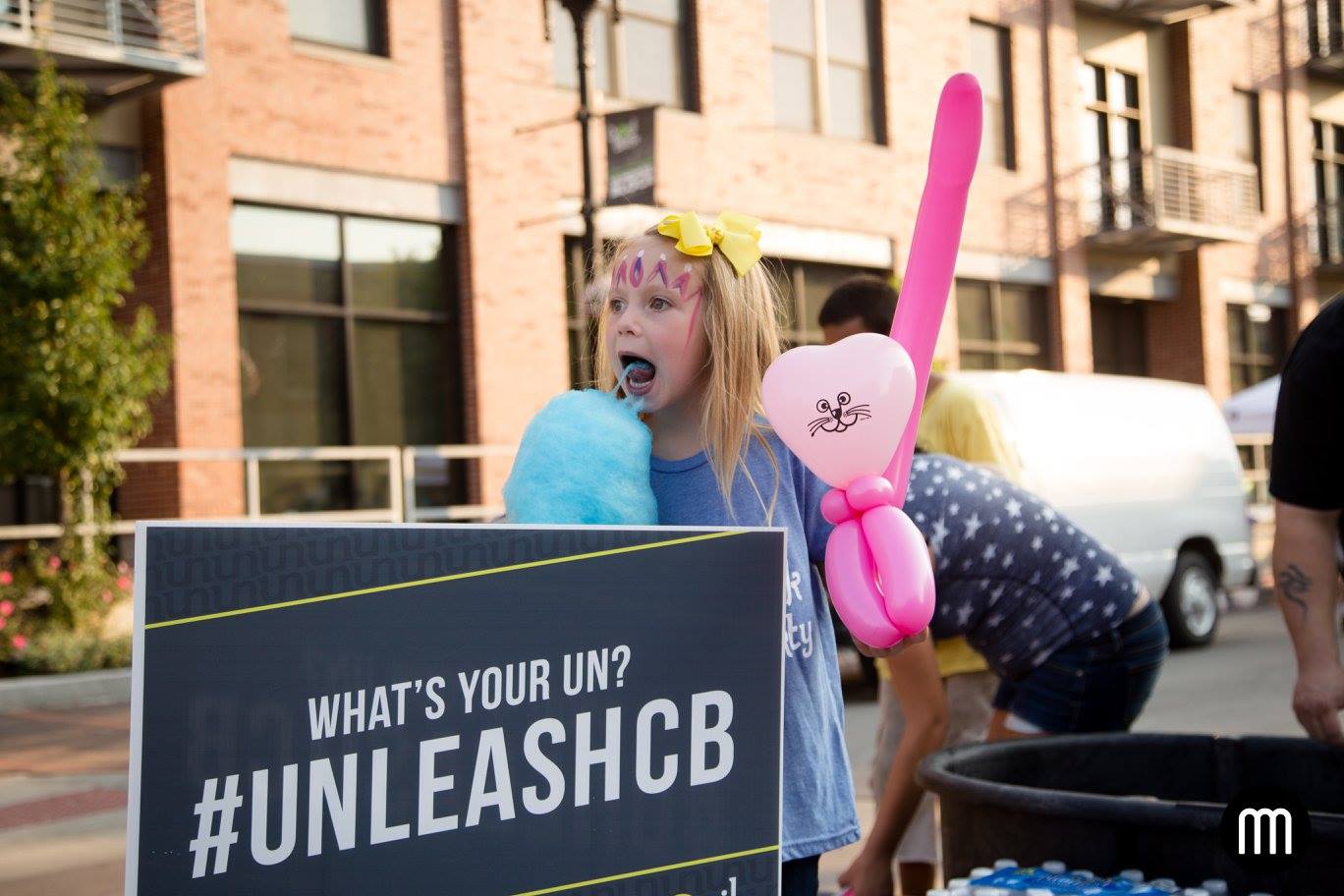 The UNsculpture Project, led by PACE in partnership with the city of Council Bluffs and funded by Ted & Polly Hoff and the Iowa West Foundation, includes 10 UNsculptures designed by local artists to illustrate how Council Bluffs is "UNlike anywhere else. On purpose." The UNsculptures were unveiled in May of 2018 and are placed at various "points of interest" in Council Bluffs. In 2020, a special event will take place at the new Hoff Family Arts & Culture Center to auction off the sculptures, raising funds for youth scholarships for art camps and classes. 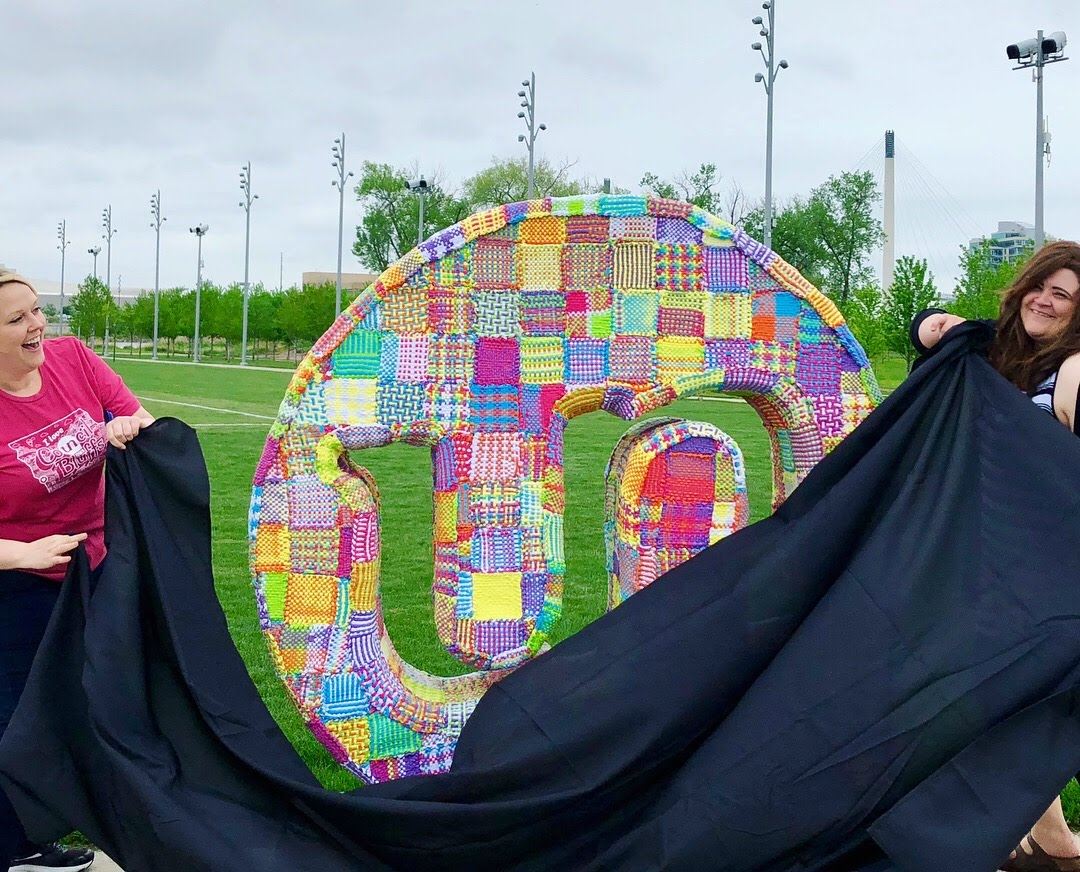 In addition to creating an online community events calendar, we added two information kiosks to display events calendars at Bayliss Park and River's Edge Park. These signs were installed in November of 2018 and are updated monthly or bi-monthly depending on events.

Over 100 light post banners have been hung throughout the 100 Block and the downtown areas. 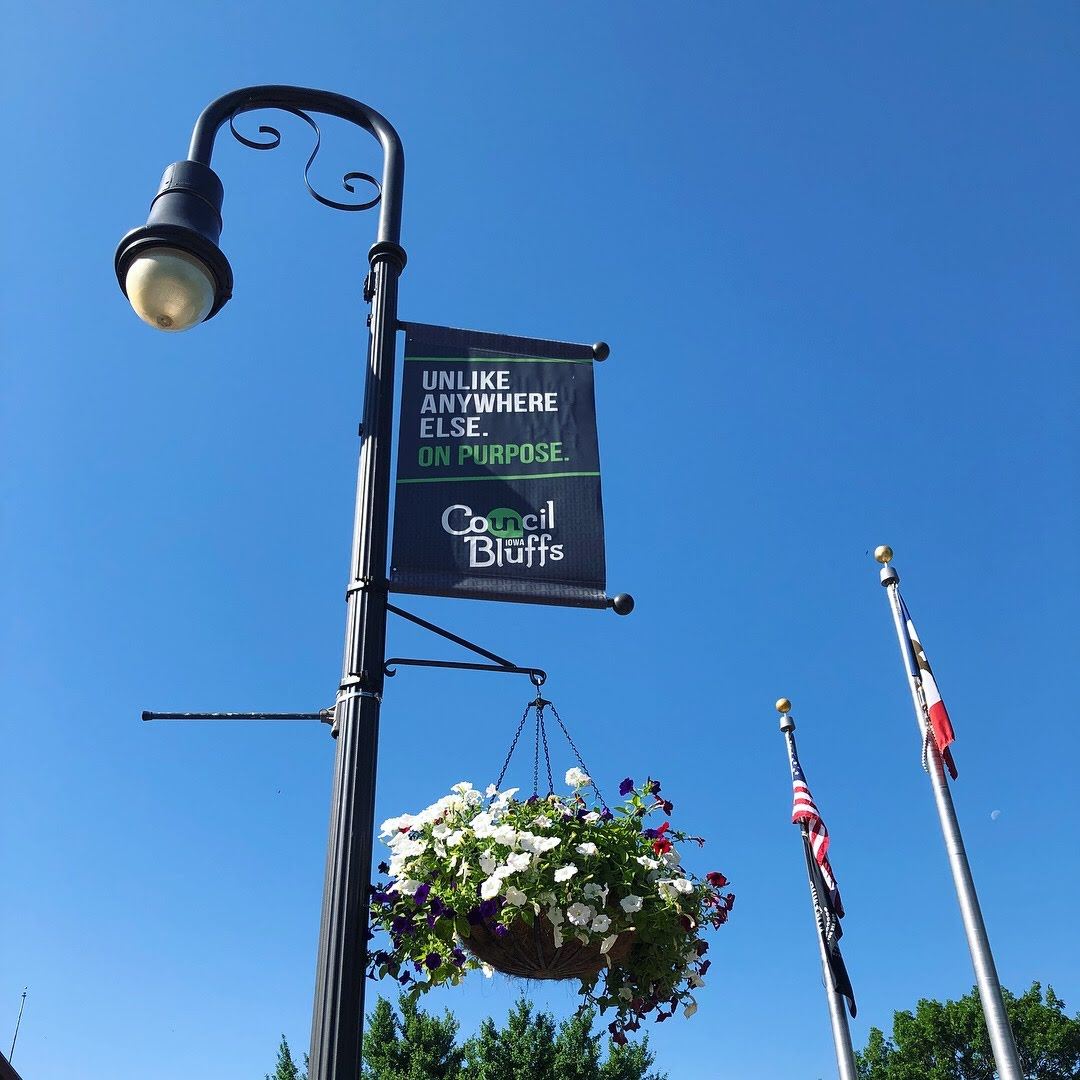 In November of 2019, the "UN Campaign" released ten short vidoes that are sure to boost community pride among residents and sark curiosity among non-residents. These videos "UNcover Council Bluffs" by showing off our history, parks, sports complexes, nightlife, entertainment, and more! Check them out at www.unleashcb.com/videos.

Use the "Un Campaign" to show your pride! The logos and brand assets are free to use as you see fit! Make a t-shirt, design a mug, hang a flag in your yard... The options are endless. You can download the logos and guidelines here: unleashcb.com/features/logos. 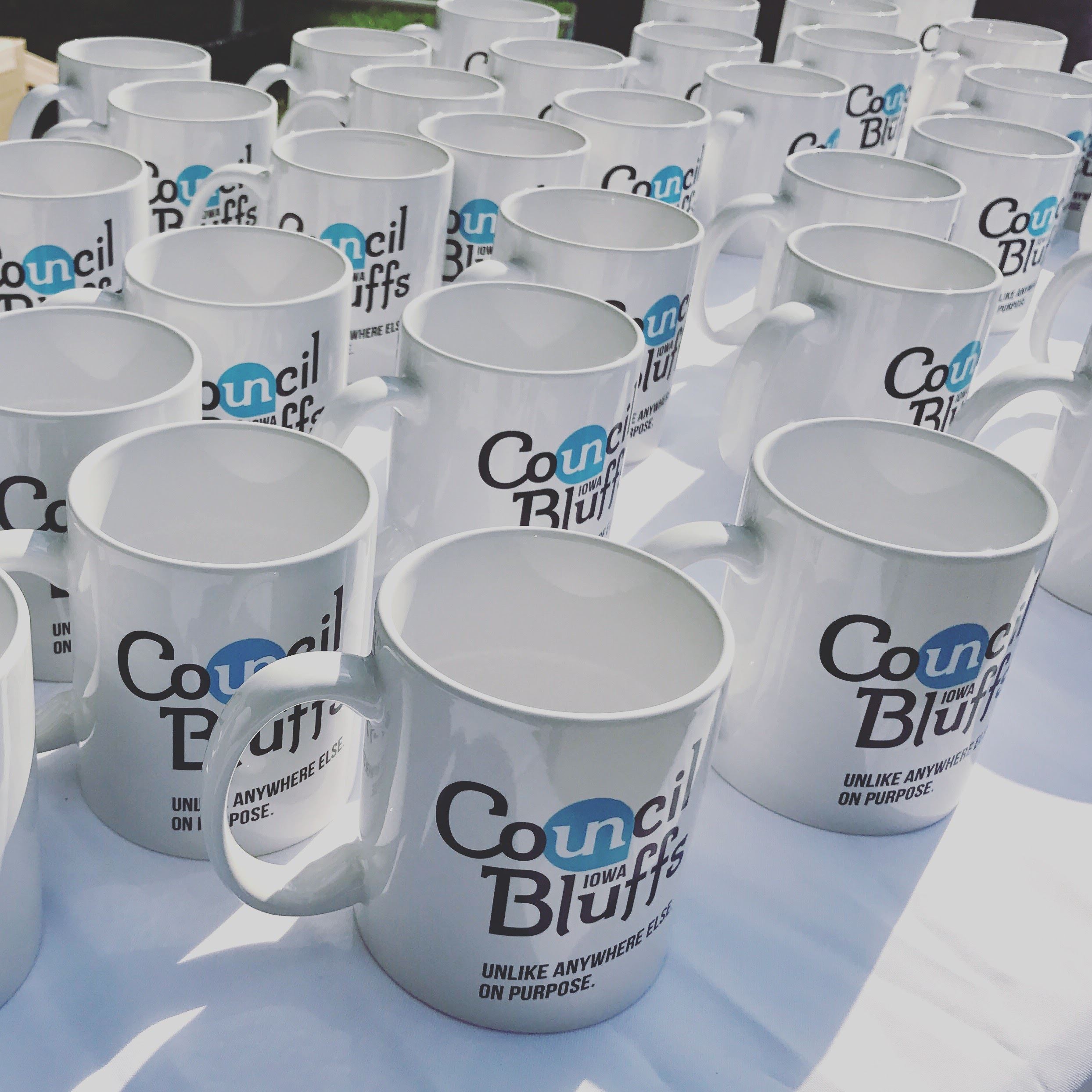