As of May 19th, 2017, the Centennial Fire Bell hangs again! The new tower is all brick, outlined by a wall displaying historical tile pictures that tell the story of the Centennial Fire Bell and the history of the Fire Department. The fire bell is a historic artifact first purchased in the late 1870’s to alert the community of emergencies. The Fire Department presented the 1300 pound brass bell on July 4, 1876 during the country’s Centennial celebration. Originally, the bell hung from a wood tower at Glen and Pierce Streets. In 1882, the bell was relocated to a new wood-constructed Central Fire House built at the intersection of North Main and Bryant Streets. However, that building was replaced in 1909 with a more sturdy, brick station. The bell hung in a cupola at that location until 1959 when structural damage to the roof caused it to be taken down. In modern times, the bell hung at Station 6 on Oak Street and North Broadway before being moved to storage in the early 2000’s. The effort to restore the 140-year-old fire bell began five years ago. During that time, the community raised more than $225,000 for the project.

Fire Chief Justin James said, "Returning the fire bell to Central Fire Station will help tell the history of the City through the Fire Department's eyes." The Council Bluffs Fire Department would like to thank all of the donors, including the City, Iowa West Foundation, local businesses, residents and firefighters and their families. 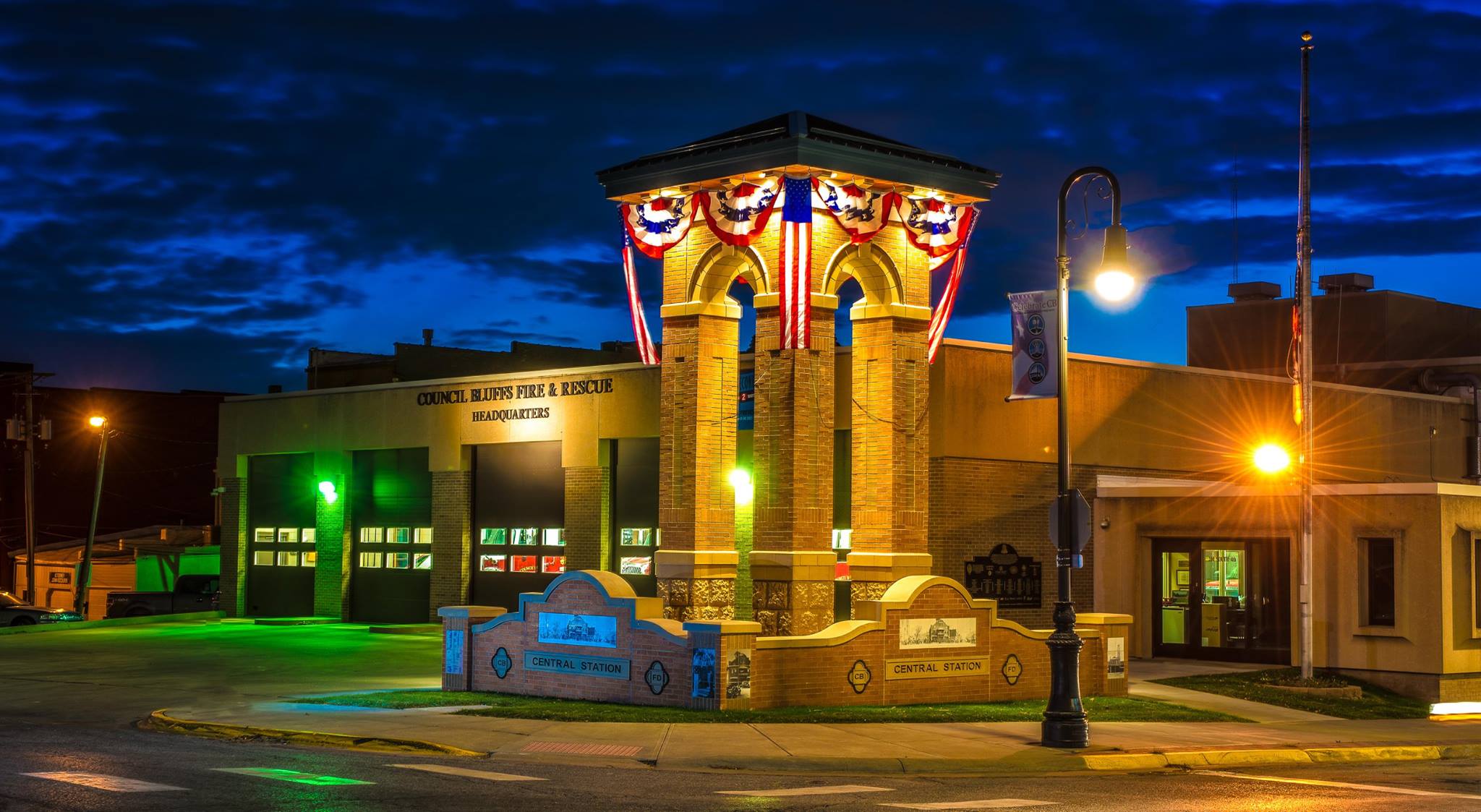